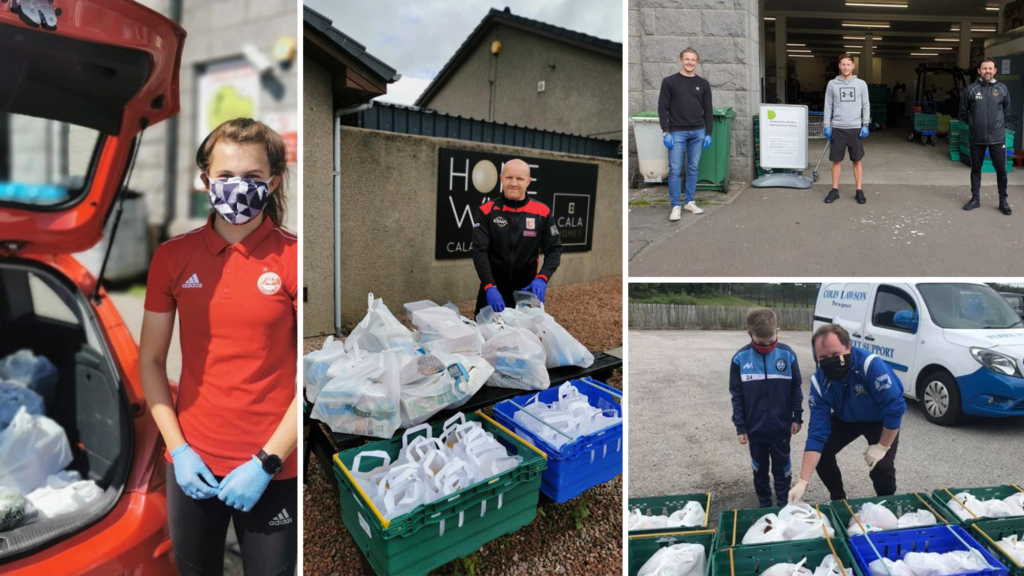 Representatives of the North-east football community have clubbed together over the summer, under the #StillStandingFree banner, to provide essential food packages to around an additional 5,535 vulnerable people, including thousands of children, across Aberdeen city and shire.

The #StillStandingFree campaign was launched by Aberdeen Football Club and AFC Community Trust in response to the coronavirus crisis as a way of bringing the club’s fans and the wider community together and to identify ways to provide help where it was most needed. Many of the families who have been helped were ones the Trust were already supporting through their community programmes.

At the start of the summer holidays, they enlisted the help of three more clubs – Cove Rangers, the second largest club in the city; Westdyke, their new neighbours at Cormack Park and Inverurie Locos with whom they have a long-standing relationship and AFC Women. These Clubs identified more families within their own neighbourhoods who could benefit from deliveries of food.

Between them, volunteers, staff and players from the four clubs have handed out 1,708 parcels of food and other essentials across the region.

Delivered in association with Community Food Initiatives North East (CFINE), funding for the project has come from a variety of sources including grants from the Arthur M Blank Family Foundation, the Lord Provost’s Trust, the Wellbeing Fund and Northsound’s Cash for Kids as well as from donations from 1,500 fans. AFC directors also made a personal donation of 10% of the value of season tickets sold during April and May.

“It has been absolutely fantastic to see the football community pull together to provide invaluable support across the area at a time when vulnerable families and their children needed it most,” said Liz Bowie, Chief Executive of AFCCT. “The drivers who deliver the packages have told us some really heart-warming stories of some of the reactions they’ve had from recipients, especially from the children, and that’s made it all worthwhile.

“Sport, football in particular, is a great leveller which brings together people of all ages and from all walks of life and the #StillStandingFree campaign has demonstrated what can be achieved through people working enthusiastically as a team.”

This part of the campaign will come to a natural conclusion as schools begin to reopen, but discussions are already underway about putting a legacy programme in place to continue what has been achieved to date.

“We recognise the vital part the campaign has had in alleviating food poverty during this difficult period, but the reality is that families will continue to need help in the uncertain times ahead,” said Liz. “We are in discussions with partners to look at different approaches to provide this support within local community settings.  We haven’t finalised our plans yet, but options include ideas like food pantries.

“We are so incredibly grateful to the financial support we have received and what it has enabled to date and will in the future.  Besides the food initiatives, we are excited about moving forward with some new programmes centred around our key trust activities – education, healthy communities and football.

“We look forward to expanding our MINDSET programme which supports young people’s mental health in a highly interactive and fun setting.  Such support will be increasingly important in light of the predicted increase in mental health issues post COVID-19.”

As part of the #StillStandingFree campaign, a dedicated calls team, put in place to help fans and others in the community spoke to more than 14,000 fans providing a vital social lifeline particularly for elderly and vulnerable fans, many of whom lived alone and were shielding. 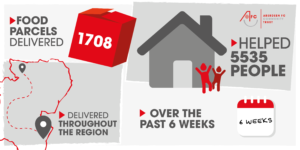