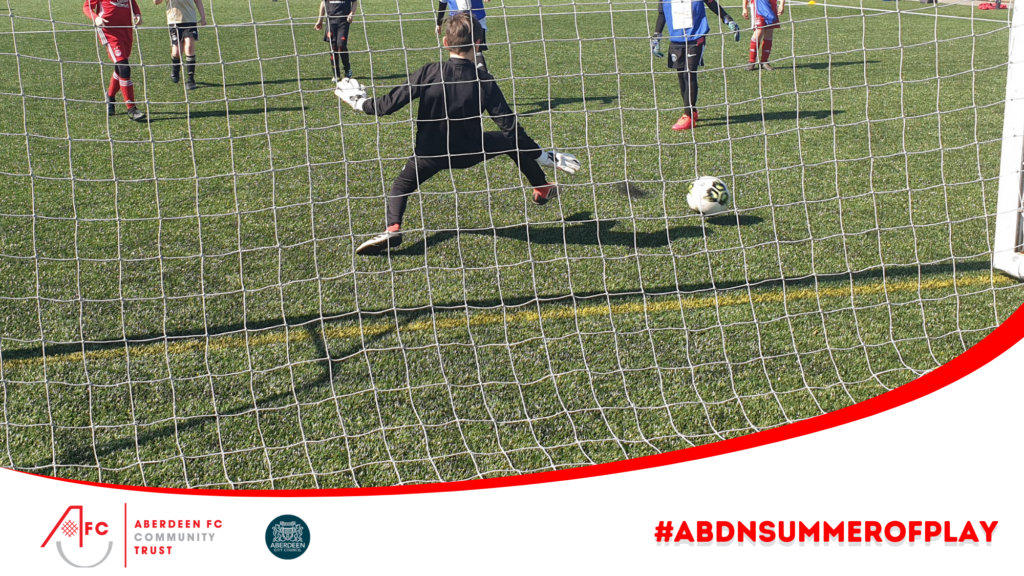 This summer, Aberdeen FC Community Trust (AFCCT) worked in partnership with the local authorities to deliver a range of activities to young people as part of the ‘Summer of Play’ programme in the City and Aberdeenshire.

AFCCT coach Murray Collie, shared a fantastic story from the ‘Summer of Play’ activities that were running in Tullos over the past seven weeks. It is just one example of how young people can thrive in these supportive environments, helping them engage with learning new skills and building confidence through the power of sport.

“As the end of the ‘Summer of Play’ programme draws to a close, I wanted to share a good news story from AFCCT’s Street Football and Free play sessions, which have been running through the week at Tullos School since the end of June. The story features a young person who will be starting in S1 at Harlaw Academy after the summer break.

He has attended near enough every session since the start of the programme, often alongside his younger brother. Like many of the young people attending the Summer of Play programme, he is a keen footballer and has spent much of his time in Tullos’ fantastic Cruyff Court playing several street football games, from cuppy to penalty shoot outs. When asked, he told me that our programme has given him the opportunity “to play football with new people” as well as some of his friends from Primary, and that he has really enjoyed the relaxed, young person-led nature of the sessions.

Having led the sessions since week one, it’s great to hear that he has enjoyed his time with AFCCT, however something else has provided me with great satisfaction over recent weeks. Throughout the course of the programme, I have watched him develop and exercise some impressive leadership skills, to the point that having him in our sessions is like having another member of staff present at times.

“I think that this story reiterates that programmes like this really do bring out the best in our young people!”

He now regularly takes responsibility for organising teams for football matches, looks to include younger and less able players into activities and, as an example from last week, now actively encourages other participants to help tidy away equipment at the end of our sessions.

Both myself, and many of my AFCCT colleagues that have been present at Tullos this summer, believe that working with him has been their highlight of the programme – he is a great role model for those around him and he should be immensely proud of his efforts. I think that this story reiterates that programmes like this really do bring out the best in our young people!”

Read more about the ‘Summer of Play’ programme, alongside the rest of the summer activities run by the Trust, here 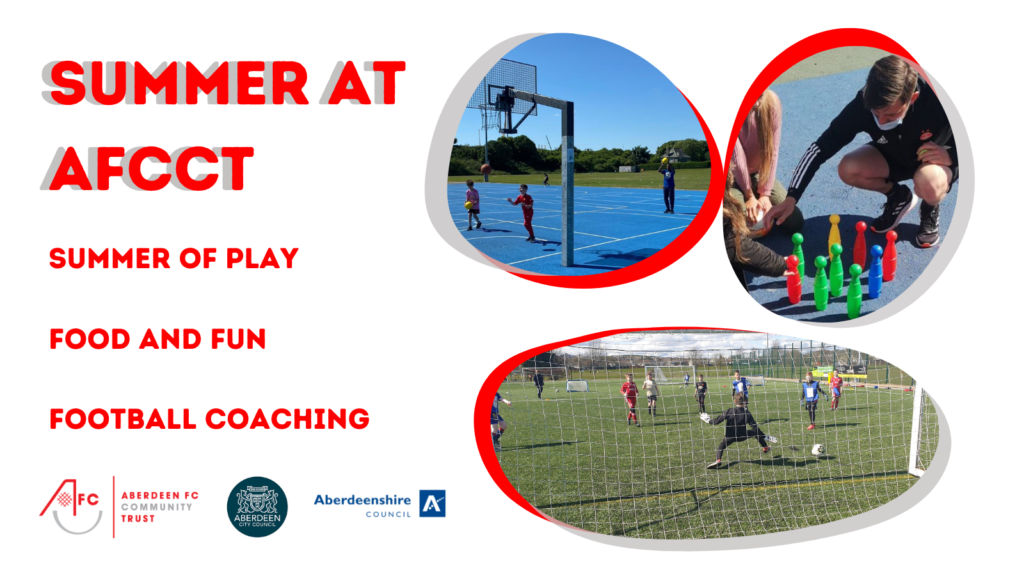