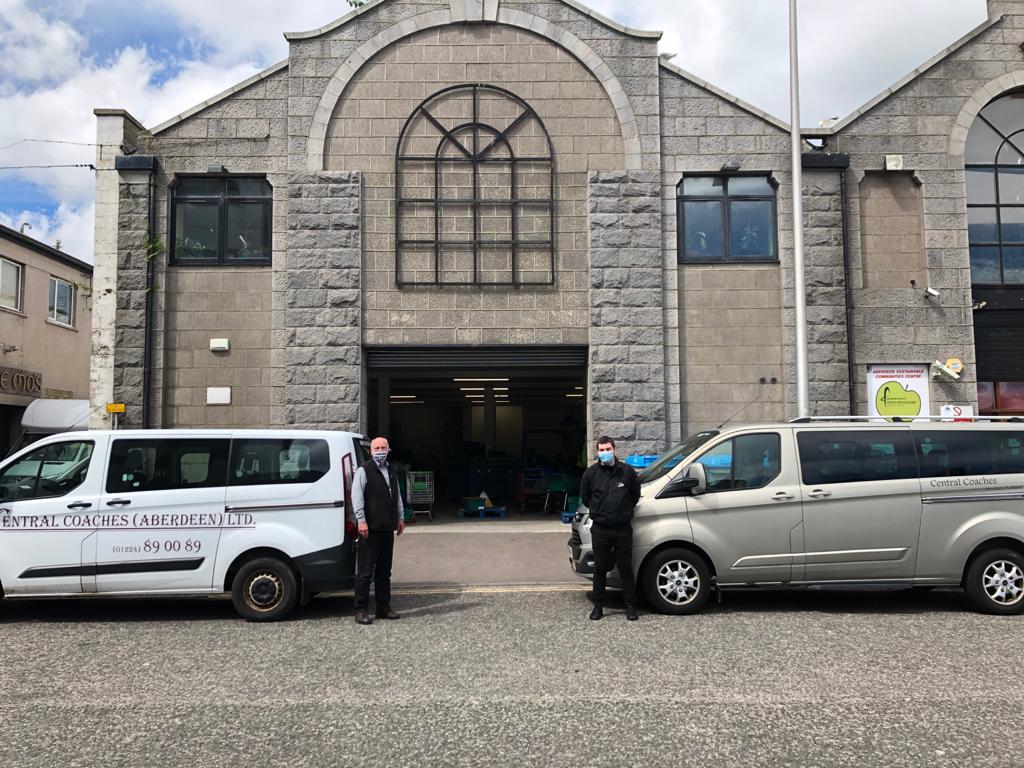 One of the largest transport companies in the North-east, Central Coaches is a family owned and operated business which has worked with the Club and Aberdeen Football Club Community Trust (AFCCT) for many years.

The #StillStandingFree campaign was launched by the Club and the Trust to support fans and the wider community during the coronavirus crisis.

To date over 2,000 deliveries have been made across Aberdeen city and shire in association with Community Food Initiatives North East (CFINE), making sure that thousands of vulnerable families and children have enough food and essentials.

Lynne Smith, Managing Director at Central Coaches said: “We’ve been involved in previous initiatives with the Trust and are always happy to help in any way we can. AFCCT has done incredible work in the relatively short time since it was formed, as reflected in the numerous prestigious awards it has received.

“This campaign must be up there as one of the most beneficial to families in our community given the challenges posed by Covid19.  Central is a local family company so there is a huge reward for us in knowing that our involvement has helped some of the most disadvantaged in our city and beyond.”

AFCCT Chief Executive Liz Bowie said: “The team at Central Coaches share the same values as the club and the trust, and we couldn’t be more grateful to Lynne and the team for helping us during the campaign.

“Providing additional drivers and transport, allowed us to make even more deliveries on a more consistent basis, to ensure we were always ready to help those families which were most in need.”