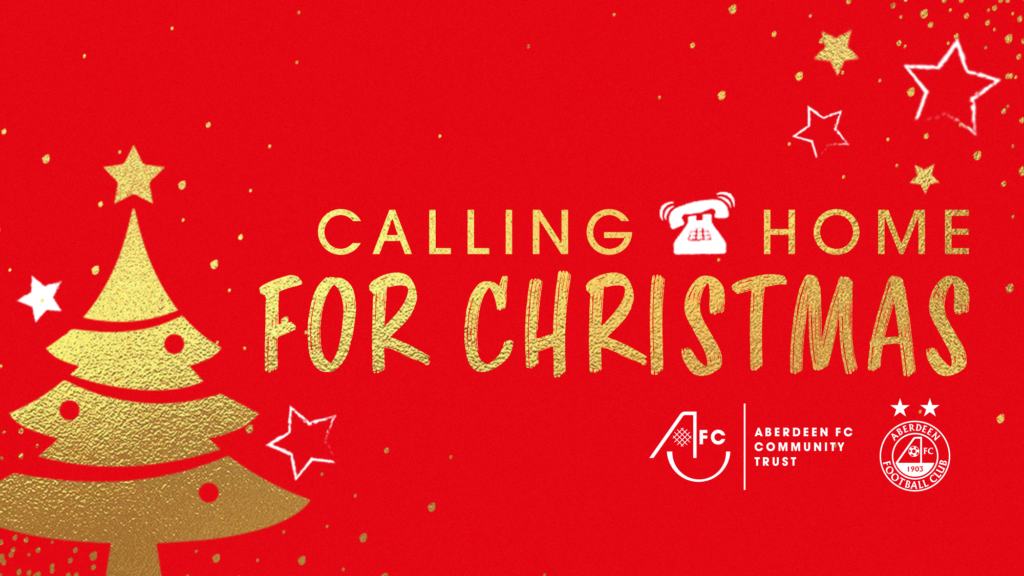 Over the Christmas period, the Club and the Trust’s dedicated calls team checked‐in with over 2,500 fans, providing some festive cheer during a difficult time for many.

Almost 4,000 calls were made by the calls team who were able to speak to 2,537 fans who may have been suffering from loneliness, anxiety or depression.

For one fan in particular, the call from the Club was a lifeline at a very grim time. Lifelong Dons fan, Steve Cooper, lost two family members to COVID‐19. He also contracted the virus himself and, while recovering, received a call from AFC.

He said: “It’s been a really tough time and in the run‐up to Christmas, I was verging on falling into depression. To get a call from the Club and have a good chinwag about football was amazing and really cheered me up. In fact, it kept me going during a week when I really needed something to hold on to.

There’s been an awful lot of bad news and negativity around football but its ability to provide comfort and joy and bring people together cannot be underestimated. Aberdeen Football Club has been a real force for good throughout the pandemic crisis. I don’t know what I’d have done without the Club and football in my life.”

With the new lockdown in place and acknowledging the positive impact of these welfare calls, the Club and the Trust have committed to continuing with the dedicated calls team for the foreseeable future.

Over 60 fans participated in two “Dons in Discussion” virtual wellbeing workshops where former players, Derek Young and Stuart Duff, talked about the highs and lows of his career and AFCCT’s David Smith discussed the importance of good mental health and how to support family and friends struggling with depression, anxiety and loneliness.

One hundred SPFL Trust Festive Friends hampers were delivered to vulnerable and isolated people over the Christmas period with support from the Club’s catering partner, BaxterStorey.

AFCCT supported Northsound’s Cash for Kids Mission Christmas which helped deliver presents, worth £50 or more, to over 5,000 children across the North‐East. In addition, 253 vulnerable children in the Trust’s partner schools received Christmas gifts. This was made possible by the generosity of Dons’ fans who donated over £16,000 towards the Trust’s work in the community in the run‐up to Christmas.

Rob Wicks, AFC’s commercial director and a director of the Trust, said:

“Yet again, our actions speak louder than words and we have demonstrated that, together, the Club, the Trust and the Red Army, are an unstoppable force for good in supporting our communities and our fans when they need it most. I’m humbled by the feedback we’ve received from fans and incredibly proud of everyone involved whether it was making calls, sorting out gifts for Cash for Kids’ Mission Christmas, delivering hampers or raising money.”

The quotes below are from fans who participated in the wellbeing workshops, after receiving a welfare call:

“I was made redundant today and this was the one thing I looked forward to all day. It was a good distraction for me.”

“I would happily sign up for another podcast or webinar once a month. The mental health message was really good.”

“I’ve absolutely loved the two wellbeing webinars! They’ve been a really positive experience for me in pretty grim times. Unfortunately, I am about to lose my job, but I’ll be staying positive and using this opportunity to see what other roles are out there.”