PIC OF ABERDEEN FANS AND OFFICIALS AT A CHILDRENS ORPHANAGE IN DNIPRO.

We Stand With Ukraine 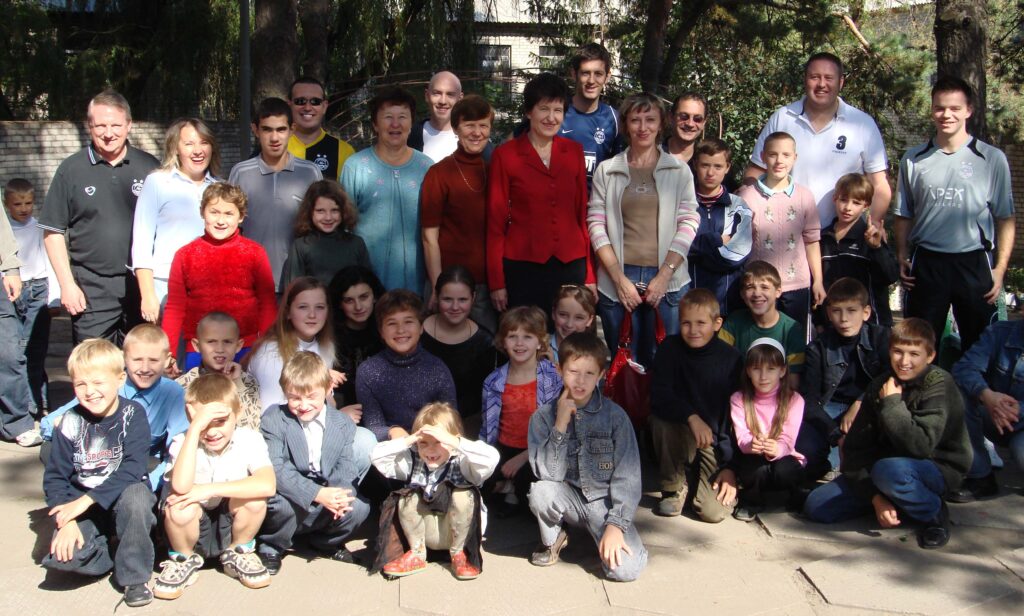 PIC OF ABERDEEN FANS AND OFFICIALS AT A CHILDRENS ORPHANAGE IN DNIPRO.

More than half a million people have fled their homes to escape conflict in Ukraine. Leaving behind jobs, belongings and loved ones, they need shelter, food and water.

The Disasters Emergency Committee (DEC) have launched an urgent appeal to help bring vital lifesaving aid to those in need.

Please help by making a donation.

Intense conflict in Ukraine is threatening the lives and livelihoods of civilians across the country, causing hundreds of thousands to flee. Homes have been destroyed or are unsafe to live in. Essential services have been hit. Families have been separated. People have been injured. Lives have been lost.

We must act now to save lives. DEC charities are already on the ground providing lifesaving aid, scaling up their operations and reaching those most in need.

Aberdeen have played once in the county, when they met Ukrainian side FC Dinpro in the UEFA Cup First Round in 2007.

For the fans who visited Dnipropetrovsk, it is a trip they will never forget.

During the visit AFC staff and supporters visited a local orphanage and provided assistance to the Dnipro Kids charity, set up by Scottish football fans in September 2005 after Hibernian FC played a UEFA Cup tie in the Ukrainian city.

AFC Community Trust provided kids football kits to take over to Dnipro which were distributed to local Orphans and presents and food were also distributed to kids.

All our thoughts are with those involved in the conflict and thank the supporters continuing to do great work for Dnipro Kids.