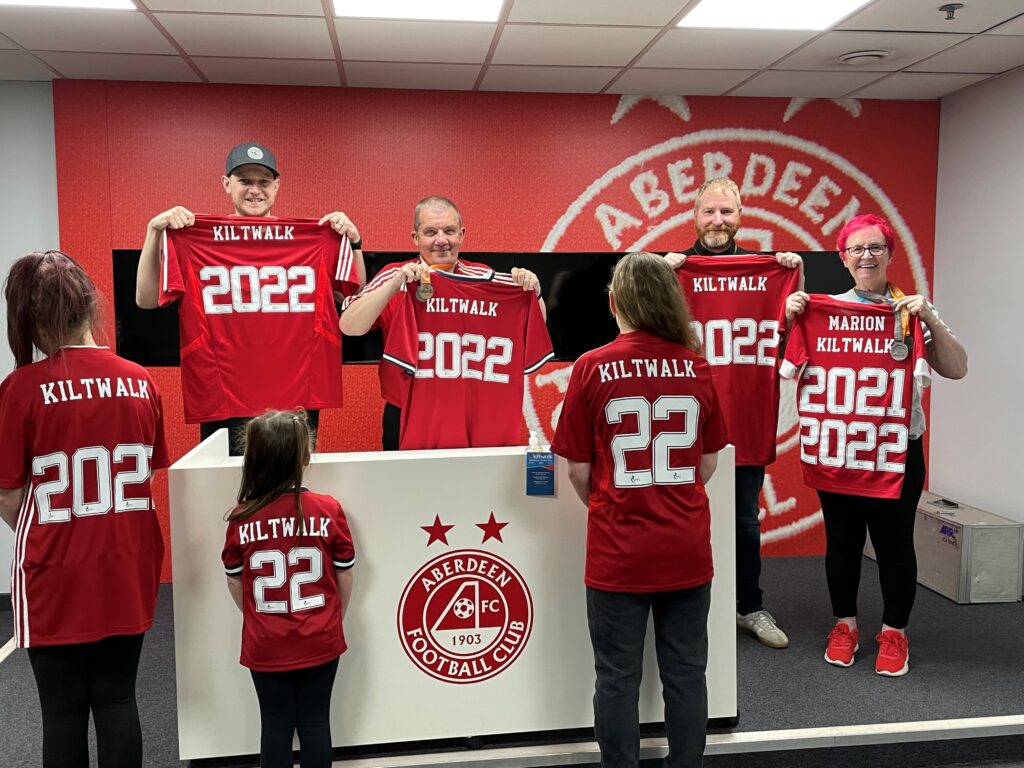 Thousands of walkers have signed up to don their favourite tartan and trusty walking boots this Sunday (May 29), all in the name of charity.

Lora and Neil, who is from Bridge of Don, will take part in the Big Stroll, a 15-mile walk starting at Crathes Castle.

The couple, who both have a visual impairment, are long-time supporters of the AFCCT.

The Fachies will join 10 other supporters who are raising money for the Trust and have signed up for either the Mighty Stride, a 26-mile hike from Potarch, the Big Stroll, or the Wee Wander, a three-mile walk starting at Goals Aberdeen and ending at Duthie Park. 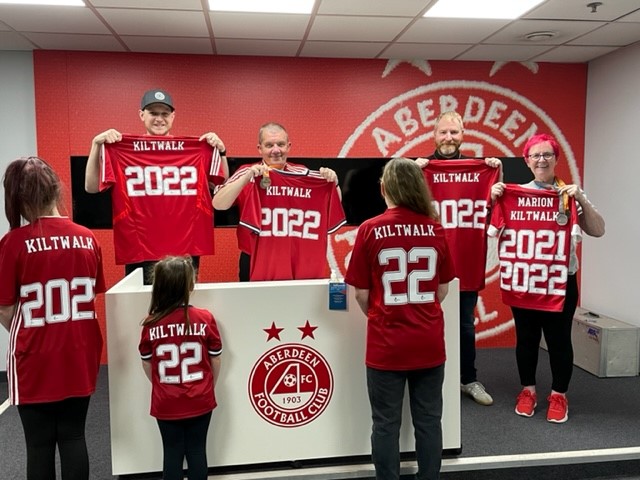 Walkers can choose which charity to raise money for, with every single penny raised topped up by 50% thanks to the generosity of Sir Tom Hunter and The Hunter Foundation.

The proceeds raised by the AFCCT team will support the Trust’s valuable work in the community, supporting people of all ages and backgrounds across Aberdeen and Aberdeenshire, with a focus on education and building healthy communities including its extensive football programming.

Dons manager Jim Goodwin has passed on his best wishes to the AFCCT volunteers, saying: “On behalf of the whole AFC team, I’d like to pass on my very best wishes to everyone who is taking part in the Kiltwalk on Sunday. Mental health, fitness and teamwork are key values for us and the Trust so this is a fantastic opportunity to do something positive and raise money.”

Over the last six years, the Kiltwalk, Scotland’s favourite mass participation charity event has raised more than £33m for nearly 3,000 charities across the country.

There is still time to register for the Aberdeen event, which will be followed by St Andrews to Dundee on August 21 and Edinburgh on September 18. There will also be a Virtual Kiltwalk weekend from October 7-9.