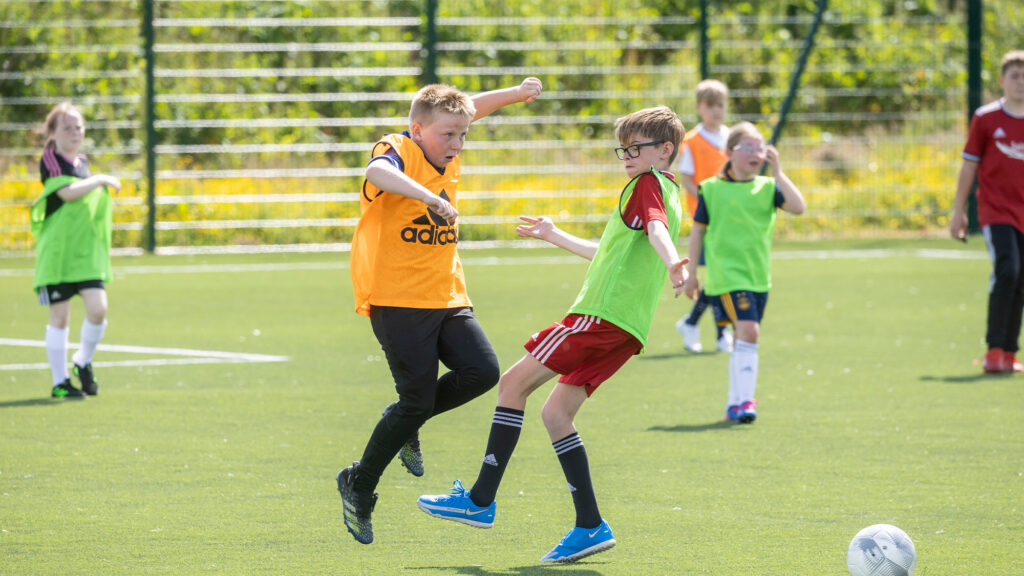 Aberdeen FC Community Trust delivered the Community Champions League (CCL), from January to July 2022 with European Football for Development Network (EFDN). The programme is a social street football competition and was delivered to five of our Partner Schools, Buchanhaven and St. Andrews in Aberdeenshire as well as Heathryburn, Manor Park and Quarryhill in Aberdeen.

The schools competed against each other through social action workshops which raised awareness on various topics such as nutrition, equality, anti-bullying and mental health alongside community actions. The schools also played football matches where fair play and positive play were encouraged. Schools were awarded points through community actions, social actions and football fixtures to help them progress in the League.

Over the duration of the Champions League Season, 100 pupils were selected as CCL participants who played in the football matches working as well on the social actions.

The Final Event was held at Aberdeen FC’s training ground, Cormack Park. The schools arrived to play a festival of football matches against each other and celebrate their hard work over the season. The eventual winners, Manor Park were in attendance to collect their winner’s trophy.

Manor Park Head Teacher, Gill Graham said, “This is a great way to end, to come together and play the matches. The pupils from all schools have represented their schools very well.”

AFCCT’s Football Development Officer, David Clark said, “The Community Champions League highlighted the good actions that schools were already doing. It was great to be part of the season and watch how the selected pupils grew in confidence learning how football can develop so many life skills to help with social anxiety, self-esteem, and resilience. Managing to get the schools together at Cormack Park for the Final Event was the icing on the cake and to see the pupils enjoy themselves showed how powerful football can be.”

To find out more visit: https://www.communitychampionsleague.eu/about